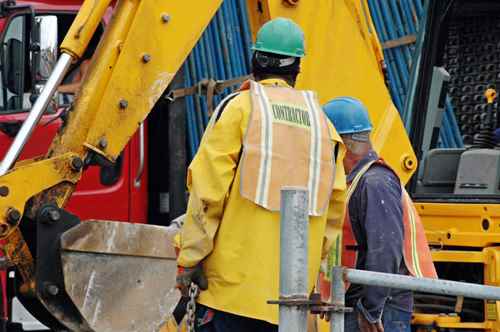 Sixty-eight percent of Texas contractors say they plan to hire more workers in 2016, according to the latest survey by the Associated General Contractors of America. That puts the state roughly in line with the national average of 71 percent.

Public sector projects tied to higher education, K-12 education, and health care, will account for much of the new work, both statewide and in Houston. The new projects are expected to help offset the drop in construction tied to oil and natural gas.

“I’m physically sitting here in Houston today, and you can almost see a daily impact of what the price of oil has on what’s occurring in the market,” says Mike Kaiman, Turner Construction’s vice president for South Texas. “If you were to take a snapshot of the quantity of tower cranes that were set and projects moving forward on the private side a year ago compared to today, it’s a dramatic change to the skyline.”

In one respect, the collapse of oil prices is actually helping Houston contractors.

“Slowly but surely, as the oil and gas has come down, the price of construction and the available workforce has now kind of leveled itself out,” Kaiman says.

Nevertheless, most Texas contractors say they’re still having trouble finding and keeping skilled workers. That’s even after a year of raising pay and increasing benefits.