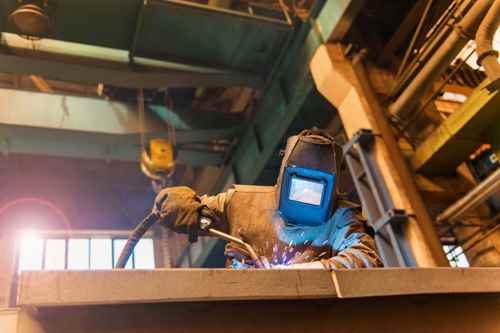 The strong demand for welders shows no sign of slowing down, according to Glen O'Mary, director of education for the Construction and Maintenance Education Foundation (CMEF), an organization that tracks skilled labor needs in the Gulf Coast region.

"Rig welders especially are being sought after in an expanding market. CMEF Training Contributor Partners hire new welders on a regular basis. The current job market offers an increasing number of employment opportunities and a greater earning potential," O'Mary said.

To address the demand, colleges are creating additional programs and educational opportunities to prepare a new workforce.

San Jacinto College has expanded their welding technology training at both the North and Central campuses.

Currently, the North and Central campuses have the highest student enrollment in the welding program in the history of the College with a combined enrollment of approximately 800.

"In just two years, the student enrollment count doubled," said Tivo Parras, welding program director at the San Jacinto College Central Campus. "It's due mostly to the new and improved training facilities, and because we began offering the late-night classes."

Lone Star College is also expanding their training possibilities for future welders with night classes and alternative hours for welding labs for students who are working full-time.

There is also its non-credit FastTrack setting for students to get ahead on their career as a welder.

Alberto Urbina, Director of Applied Technology at Lone Star College-North Harris, said no degree is required to be a welder.

"Welders can get a certificate in as little as 9 months to start earning a good living," Urbina said. "Some welders operate welding machines, often as part of a semi-automated production process. Welding machine operators are in great demand. Other welding practices include soldering, which is common in plumbing and the repair of electrical devices."

The possibilities are endless from operating welding machines to the soldering of plumbing and repair of electrical devices Urbina added.

"Welding is a career that offers lots of different industries to work in and advancement opportunities than just about any other career choice. Welders are needed in almost every industry," she said.